Major cities around the world are bearing witness to a revolutionary new take on the idea of having roommates. Driven by a number of cultural and economic factors such as the growing popularity of shared workspaces and the ever-increasing cost of rent, co-living offers young, city-based professionals an alternative within our increasingly inaccessible housing market.

Co-living setups are primarily defined by their communal atmosphere. Residents share spacious common areas furnished and designed by developers to maximize social activities like recreation, dining, and most importantly, interactions with other residents. Some may liken it to the hacker houses stippled across Silicon Valley, but the resemblance is superficial. At its core, co-living is a matter of establishing a community rather than an office or extended workspace.

Co-living is on the rise

From New York to Chicago, demand for this model of shared living is projected to rise as more tenants settle into the various locations opened and soon-to-be-opened in key professional hubs in the United States. Across the pond, London-based firm The Collective has seen an occupancy rate of around 80% at its first location over the course of 2017, with two more sites on the rise.

Co-living is poised to become a fixture in our busiest and most expensive cities, but its growing success is hinged on a far simpler dynamic. Changes in our culture and ways of doing business have already left their mark on our commercial lives, and now the sharing economy is making its debut on our residences.

Living in a shared economy The socio-economic premise at the heart of co-living is the same as that which led to the success of co-working spaces in the market for office real estate and services like Airbnb in the hospitality industry: Why buy for myself what others are willing to share?

The old clamor for exclusive use and ownership of goods and services is on its way out, with consumers more willing to save on shared access to things such as working spaces and transportation. This goes hand-in-hand with the trend of injecting humanity back into human activity, as noted in similar revolutions in the way we organize our enterprises and how we interact with customers.

The sharing economy relies on principles of community, efficient spending, and the gratification of the core human need for social interaction. All told, this leads to a number of upsides to the sharing economy’s latest innovation from the perspective of its residents.

The advantages of co-living

First, and most significant, is the price range. Communal apartment setups tend to be far cheaper than traditional alternatives, with units going as low as a monthly rate of $1,100 (as in the case of L, a co-living property in Chicago) to an upper limit of roughly $1,800 (as in the case of Common’s upcoming Brooklyn property).

Bedrooms are typically very modest bordering on tiny, but the value is more than made up for in the fact that all utilities (often including a high-speed internet connection) are covered by rent and that rooms are all fully-furnished. This is without even mentioning the trend among developers of including amenities like in-house fitness centers, expansive indoor and/or outdoor recreational areas, restaurants, and even cinemas to residents–again, all covered by the rent.

The second primary advantage is a common disadvantage among traditional apartment setups: your neighbors. Co-living spaces make a point out of encouraging close community ties among residents, often going the distance by organizing social activities like book clubs, group yoga sessions, dinner parties, and the like. And unlike your typical frat house or IT den, there are systems in place to make sure the place is quiet and peaceful by a reasonable hour.

For many residents, the sense of community is a potent antidote to the sense of isolation and loneliness that often comes with modern living. There’s no quantifying the value (and perhaps urgency) of a cure to loneliness, and residents of co-living sites are keen to exploit the solution their living spaces provide. It’s only living with strangers until genuine friendships are formed –and this happens much quicker for millennials than one might think.

The disadvantages of co-living

Of course, there are also disadvantages to consider such as a relative scarcity of absolute privacy and little space for personal belongings. The private bedroom is often the only place guaranteed to offer residents time to themselves, and only themselves, and its size naturally limits the number of things residents can hang onto without having to look into private storage options.

But since modern culture is tending away from a need for isolated contemplation and the accumulation of material possessions, these tradeoffs are generally easy to make for those who opt for co-living. Private time is deemed easy enough to find or fundamentally less essential than once conceived, and the need to purchase and hoard are seen as bygone remnants of generations more enamoured with excess.

The future of co-living 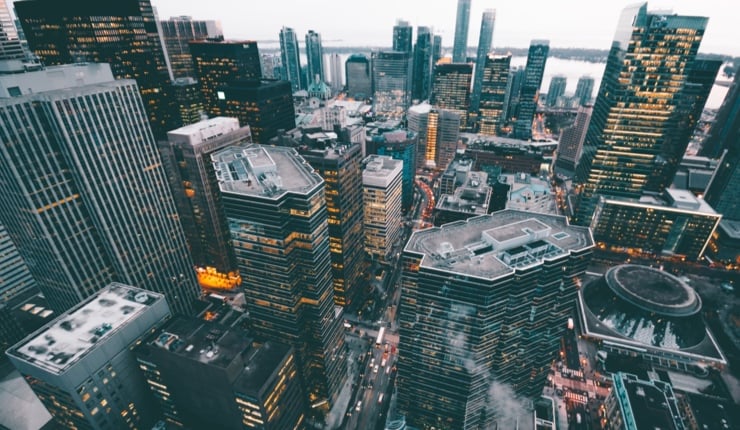 It’s clear that the co-living model addresses a near-universal demand for cheaper living spaces within urban centers. Barring any major overhaul in the economic system by and large, it’s unlikely that city real estate will become any less expensive and desirable. A business that can offer that cheaper option must be bound to rake in profits, after all.

However, while some are expecting it to become a staple component of the real estate market as its pioneering firms profit and expand, others are skeptical. The initial success of notable examples like The Collective and the California-based Open Door are a positive sign for the model’s prospects, but at least one failed venture casts a shadow of uncertainty.

While the long-term success of the co-living project is unclear, its impressive and ongoing debut illustrates a valuable point for policymakers, working stiffs, and entrepreneurs alike: as long as our concrete jungles are costly and our working days stressful, urban professionals will jump at the offer of affordable and humanizing spaces. Until the verdict is set, we can expect applications to pile up and investors to buy-in.

As we’ve discussed before, co-living is a growing trend in the market for real estate in expensive urban centers. It offers minimalist private bedspace, expansive shared amenities, and a distinct sense of community living for prices far lower than the average rate for your standard studio apartment.

Reflecting a wider revolution in economies across the world, millennials and urban professionals are keen to eschew private ownership in exchange for more cost-effective rental systems. Housing options join transportation, workspace, and even clothing in the set of goods and services that consumers would prefer to share rather than own.

Despite the failure of early startups, a growing number of developers find co-living an attractive and profitable venture. They, along with other investors of different backgrounds and profiles, are placing their bets on properties from New York to London with no visible signs of slowing down in the immediate future.

Why the rush to invest?

Communal apartment setups are nothing new, and people have been living with room- or housemates since time immemorial. Communal living developers owe the rapid growth of their venture to the fresh take they provide on boarding with perfect strangers.

Most visible is the inclusion of amenities ranging from the convenient to the luxurious, an idea seemingly borrowed from frontrunners in the coworking market. Residents can choose to spend their free time lounging poolside, enjoying an open library, or even clocking in hours at an on-site fitness center. The award for flashiest perk has to go to The Collective, for developing their co-living space with an in-house cinema and restaurant–only the latter of which demands extra charge on top of rent.

But what really draws tenants in has to be the value for money. Depending on the developer and location, rent can range anywhere from $1,100 to $1,800 based on examples out of the cities of New York, Chicago, and San Francisco. This normally covers the fully-furnished unit itself, the amenities, and all utilities (most often inclusive of high-speed internet access). This is no small deal for the average person working in a big city, with overpopulation and vastly limited space contributing to the rent problem.

The last factor to the model’s success is also its most interesting: beyond the cost of living, city life is also characterized by a sense of isolation. Communal living offers a solution, by encouraging the kind of human interaction which much of today’s youth find appealing, if not essential.

The demand for real estate in major urban centers alone would be enough to guarantee takers, so the inclusion of extra offerings puts co-living spaces in a highly profitable position. This shows in the data, with Chicago developer PMG gearing to expand their operations by 3,500 units over the next half-decade.

Who’s been investing in co-living so far? 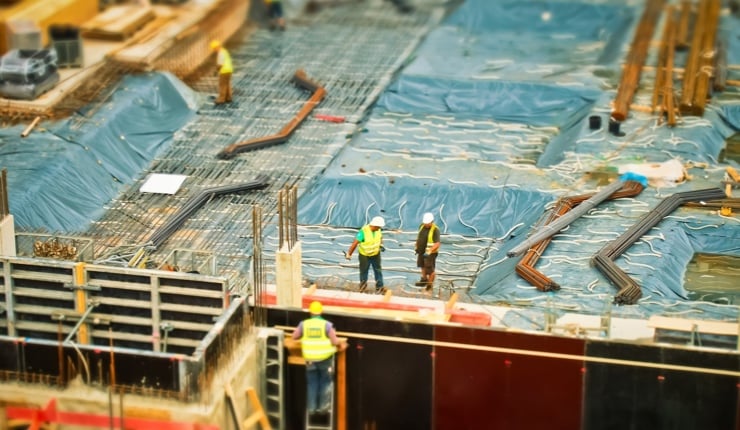 As you might expect, venture capitalists take center stage among the current roster of investors. Many were simply on the lookout for the next significant startup, while others such as MetaPropNYC came in with existing links to Silicon Valley, finally having developed an appetite to diversify into real estate technology.

Private investors have been cashing in on the sensation as well, owing to the fact that co-living developers run the gamut from seasoned players in the market for real estate to a growing number of startups looking to take advantage of the now-proven opportunity. This opens the market to smaller-scale investors (i.e. the average person looking to diversify their assets) as well as all manner of appetites for risk (and reward).

All told, the co-living industry in the USA alone is worth billions thanks to the faith of funders and founders alike, and if the various plans for expansion are to be taken for a sign, there’ll be plenty of room for investors and consumers as the years go by.

Will co-living be a fad, or is it here to stay?

There’s no consensus yet as to the future of co-living, and there are as many potential outcomes for investors as there are firms vying for a share of the market.

On the one hand, the near-guaranteed demand as well as the broad spectrum of investors and developers suggests a positive future for co-living. After all, each graduating class refreshes the demand for the service, and the average city is only getting smaller as the years go by. Moreover, the sheer volume of interested investors willing to buy-in and interested startups willing to bet on the relatively certain demand suggests that the industry is only going to get a lot bigger before it shows signs of slowing.

On the other hand, the supply side faces a number of hurdles and hazards. First is the risk of failure that hounds every business; after all, co-living spaces have folded before and each property takes quite a bit to keep operational. On top of this is the fact that the popularity of the model depends on a positive (ergo, fragile) reputation, which needs only one or two PR nightmares to ruin. The reviews have been positive thus far, but it wouldn’t take much to associate the format with limited privacy, security issues, or even poor roommate matchmaking. It doesn’t help that skepticism comes easier than trust, nor that the media particularly enjoys taking shots at millennial culture.

In the case of co-living in London, funding continues to flow into the market despite hesitation by analysts and observers. Tenant satisfaction is also reported to outweigh any complaints about the average size of a unit, and non-believers in the merits of communal living have been known to come around in time.

Only time will tell how things will play out for co-living, its residents, and its investors. In the meantime, expect the industry to blossom around our major cities as the trend pushes forward.